Neil Redfearn's ninth signing of the summer arrived on Merseyside this week, Sophie Bradley-Auckland following the new manager from Doncaster Belles with a wealth of experience under her belt.

The Reds defender having previously played for Leeds, Lincoln and Notts County and been involved in the Women's Super League since it's inception in 2011.

Sophie has also been capped multiple times for England, playing in the World Cup and at the London Olympics in 2012 for Team GB. 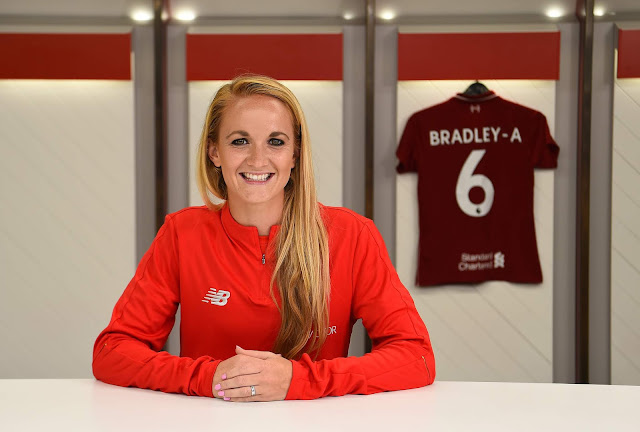 I wasn't short of finding a fan to talk to about Sophie, at all her previous clubs and internationally she has impressed.

Ex-Notts County supporter Jess Cully has watched Sophie play for club and country and says she is "a strong, reliable centre back" who plays "with grit and iron determination and is a leader on the pitch."

On the field Liverpool supporters can look forward to her "strength, courage and leadership" says Jess, while off it Sophie "loves her fans" and is "very warm and friendly."

Jess also cites her title winning campaign at Doncaster last season as one of her highlights, the season marking an impressive comeback from injury setbacks the previous year - "that triumph was so richly deserved."

A role model on and off the pitch, working part time as well as being a mother, Sophie is an important addition to this Liverpool side.