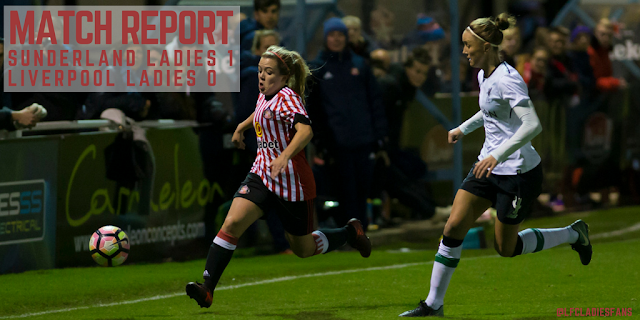 LIVERPOOL LADIES travelled to South Shields on Tuesday for their final game of the Continental Cup group stage against Sunderland Ladies.

Each side had already qualified for the quarter-finals of the Cup with this game due to decide who out of the two would take top spot in the group.

With both Niamh Charles and Ali Johnson away with England U20s, Reds boss Scott Rogers named a new face amongst the substitutes; Welsh youth international Cassia Pike who has made a blistering start to life for the club’s Development Squad after rising through the ranks at the RTC.

Aside from Pike there were just two changes to the Liverpool starting line-up that beat Aston Villa 5-1 before the international break, Siobhan Chamberlain returning in goal and Bethany England in for Charles.

Sunderland attacked from the kick off, giving Chamberlain an early touch of the ball as the Reds no.1 came swiftly off her line to collect a threatening cross.

Following this Liverpool took control, carving out numerous opportunities in the opening ten minutes alone with superb movement in the Black Cats half.

First Jess Clarke teed up Laura Coombs at the back post, Coombs making a great run into the box yet blazing her attempt over the crossbar.

Coombs was then almost in again, an eye-catching series of passes between Alex Greenwood, Ashley Hodson and England leading to the latter playing the ball into Coombs – this time the shot deflected out for a corner.

A third chance in as many minutes came as, forced back from a set piece, Greenwood found Sophie Ingle in space on the half way line. Taking her time to pick out her pass, Ingle sprayed the ball wide to Clarke who crossed into the area only for Rachael Laws to beat England to it.

This was to be the start of a busy evening for the former Liverpool goalkeeper, who helped the Reds to their first WSL1 title in 2013.

Against the run of play, and taking nothing away from Sunderland’s build up for their goal, the hosts took the lead. Another former Red and now-Sunderland captain Lucy Staniforth spinning a cross in for Bridget Galloway to head home her first goal for the club.

Last time here in the league just a few weeks earlier, the Reds found an instant response to going behind and went on to win 4-1.

In this cup tie however Laws was first to everything; England’s cross landing in the arms of the ‘keeper before either Clarke or Hodson could meet it, Clarke denied at point blank range following a set piece and both Hodson and England each seeing efforts saved before the break.

For the Black Cats, Galloway had two more chances to extend the lead before being substituted in the second half. Casey Stoney putting enough pressure on the striker to force her off-path and allowing Chamberlain to push her shot around the post and then almost being set up for a second by Staniforth only for the linesman to flag for offside.

As in the first half Chamberlain was again called into action early in the second, yet another former Liverpool player Ellie Stewart finding her centre-half partner Tori Williams with a free kick but the Reds ‘keeper intercepting.

A goal would continue to elude Liverpool, the introduction of Natasha Harding with half an hour to play merely leading to another set of saves from Laws.

Two minutes after entering the field a strike from Weir was deflected, landing at the feet of Harding whose shot was palmed away by Laws. Stoney, remaining high up the pitch following a corner, sent the ball back in only for Laws to again get in the way of Harding putting the Reds level.

This continued until the final whistle, Laws beating Harding to a bullet of a cross in from Greenwood and also reacting smartly to stop Weir’s neat flick crossing the line.

As Liverpool still looked to bag an equaliser, Pike was handed her first team debut by Rogers. The winger’s first involvement was to play a quick one-two with Coombs and then slide a pass in for Harding to chase, but once more – and you can probably guess this by now – Laws came off her line to scoop up the danger.

Despite a flurry of activity in the Sunderland box late on, Gemma Bonner the next player to have a header on target saved, the Reds couldn’t find a way past Laws.

The draw for the quarter-finals will take place on Thursday, 7th December.

PLAYER OF THE MATCH: Laura Coombs (/Rachael Laws)
Posted by Hi I'm Heather at 14:21 No comments:

I'm writing this blog post to firstly apologise for being somewhat absent over the last few weeks.

While travelling home from the last away trip to Sunderland I got a phone call telling me that my grandparents had been involved in a car accident and rushed to hospital.

Unfortunately my Grandad didn't recover and passed away in hospital on 11th November.

As you can imagine when I've not then been at football matches it's been a bit mad at home and whatnot, and so I took a step back from my blog and @LFCladiesfans social media accounts.

I never want to do half a job on my blog so that's why there's been no match reports or the like for the last few games, but now I'm back and we have two more games before the end of the year to look forward to.

Finally, if you'll indulge me I'd like to tell you about my Grandad. He was born James Patrick Carroll in Kiltimagh, Ireland and grew up on a farm with his Aunt, Uncle and younger brother.

When my Grandad turned 18 he moved to England, arriving in Liverpool in the 1950s where he met my Grandma.

They got engaged shortly before my Grandad took a job in New Zealand, there he was nicknamed Irish Jim and even trained with the All Blacks!

He sailed home from New Zealand across the Pacific Ocean, stopping at the Pitcairn Island and down the Panama canal.

Grandad wasn't done with travelling the world and a few years later took a job working in the Sudan! Here they nicknamed him the 'man with the pipe'.

When he eventually returned home to Liverpool and retired aged 61, he was approached by Ogdens Tobacco Company who asked him to join a team of tobacco testers - he always said this was his dream job!

My Grandad was always full of tales of his travels and of his childhood home in Ireland, he was also a Blue - would you believe it! He'd always tease me about the Reds if we weren't doing so well, but I learnt to give as good as I got.

The final time I visited my Grandad on the Friday night, he was asking me how Liverpool were getting on and I told him a lot better than Everton! He always had a big smile on his face, on that final night still laughing and joking about how I was a Red.

If I can live a life that's half as full as my Grandad's, I'll be happy. 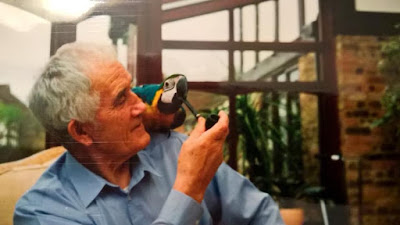 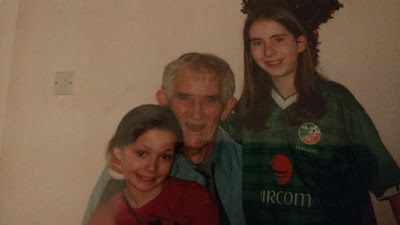 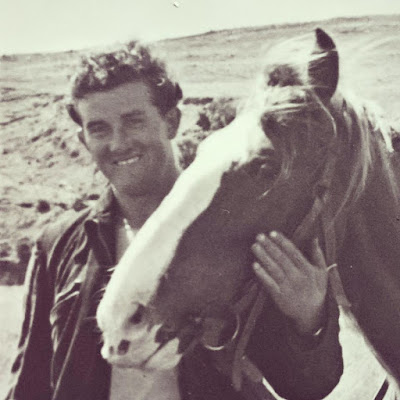 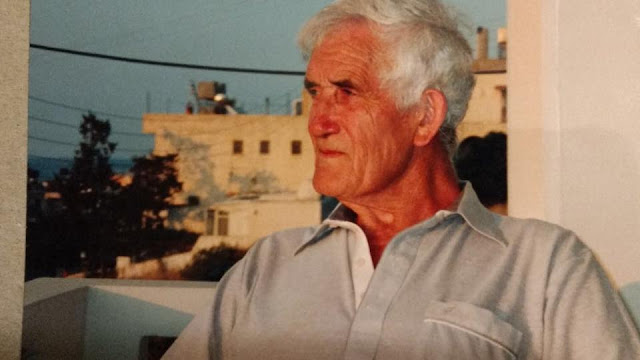