Liverpool's Shanice van de Sanden hails from Utrecht and duly popped up with a eye-catching performance. Her familiar bursting runs on the wing and visible passion enrapturing the supporters in the stadium long before her 66th minute header handed the win to the Dutch. 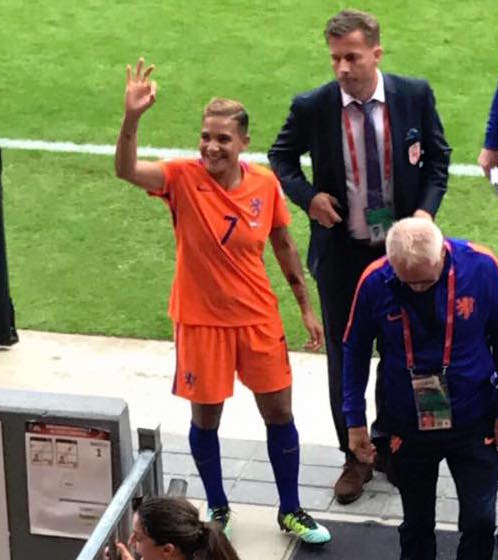 The atmosphere had been steadily building in the city throughout the day, the fanzone in Neude a sea of orange from early morning and the general feeling of excitement infectious.

In the city centre square a DJ played a variety of music from a pop up stage, while mini football games, flag spray painting and photo booths had also sprung up. A couple of Norwegians were also present yet vastly outnumbered.

A couple of hours before the game a double decker bus led supporters from the square to the stadium on an hour-long walk that resembled a Dutch pride, while at the stadium hordes of fans gathered to welcome the team buses.

Norway received a warm welcome before the Netherlands bus pulled in to chants of "Holland, Holland". van de Sanden stepped off the bus while punching the air and gesturing to the fans to generate even more noise, to which they responded.

Former Red and Dutch captain Mandy van den Berg was last to depart the bus and also waved emphatically to supporters, soaking up the atmosphere.

Inside the stadium the stands had been split into twelve sections, one to represent each nation competing with flags of each countries colour placed on seats for the opening ceremony. 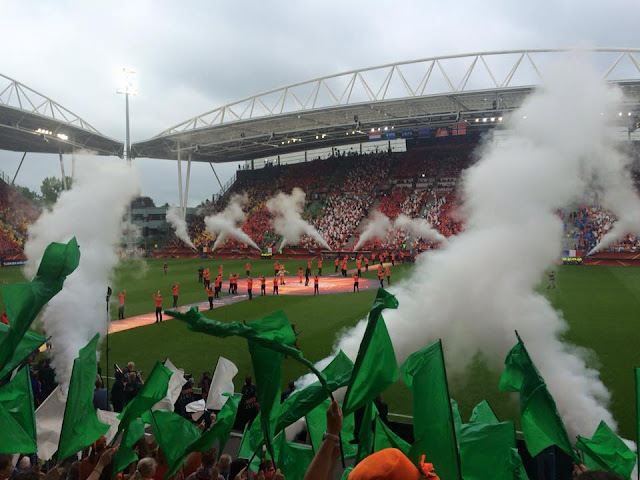 The opening ceremony started fifteen minutes before kick off and involved the same DJ from the fanzone earlier, running around trying unsuccessfully to get the crowd to do a Mexican wave.

Dutch singer-songwriter Sharon Doorson then took to the pitch singing 'We Fire It Up'; Wikipedia tells me that she was a competitor on the Netherlands versions of The Voice in 2011.

The game kicked off to an explosive start, van de Sanden racing down the right wing before cutting the ball in for Arsenal's Danielle van de Donk - the forward seeing her shot saved by Ingrid Hjelmseth.

At the other end of the pitch the Netherlands defence kept Ada Hegerberg quiet throughout, van den Berg looked to be the player tasked with marking the prolific striker and did a stellar job.

With the game perfectly poised at half time, Norway seemed to be running out of ideas on how to deal with the pace of van de Sanden and Lieke Martens on the opposite flank. 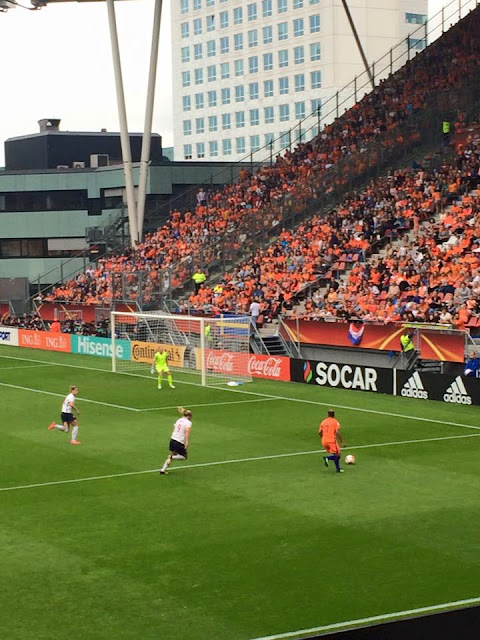 It was this duo that combined for the winning goal; Martens floating a pinpoint cross into the 18-yard box and van de Sanden deftly flicking the ball into the back of the net with her head.

The Liverpool winger raced over to the stand where her family and friends were seated and was quickly engulfed by her teammates in celebration, the players reflecting the jubilant scenes in the stands.

As the game drew to a close, the Netherlands saw out the opening victory with ease and were applauded around the pitch at the end in a triumphant lap of honour. 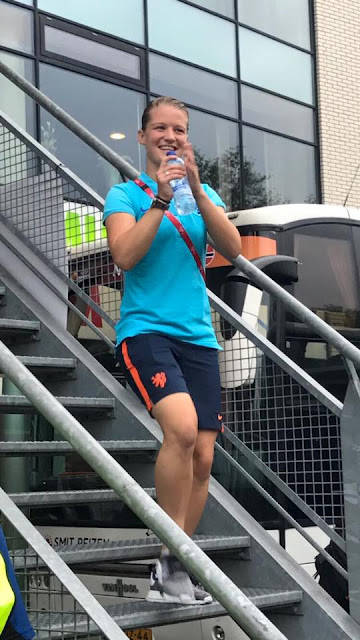