After what seems a very long 8 weeks, Liverpool Ladies are finally back in action on Saturday night. In the first football match to be screened live on BT Sport we take on Arsenal Ladies at Halton Stadium, Widnes.

Arsenal had a slow start to their league campaign with a couple of postponements due to their run in both the Champions League and FA Cup. Unfortunately for them this means that their fixture list for the second half of the season is a little more congested than ours.

We have played Arsenal twice this season, losing one and winning one. First of all early in the season we faced the Gunners in The FA Cup at Anfield, a semi final in which we were narrowly beaten. A couple of weeks later we played Arsenal in the league at the Emirates, causing an upset as the Ladies ran riot with a 4-0 win - this being Arsenal's first league defeat in almost 2 years.

Since this defeat Arsenal have returned to their unbeaten ways, although they came close to losing away at Lincoln with only a Steph Houghton wonder strike saving them at the end. They have won each of their last 3 games, including home and away against Bristol Academy and Chelsea. In those games Arsenal have scored 9 goals but conceded 5 and the last time they kept a clean sheet was back in April against Birmingham City - 9 games ago.

Over the summer Jennifer Beattie and Rebecca Spencer have left Arsenal, who have replaced the pair with young Scottish duo Emma Mitchell and Caroline Weir. Jayne Ludlow announced her retirement after spending 13 years with the club while they have been bolstered by the return of Katie Chapman. Kelly Smith may also feature, she made her return from injury for England during Euro 2013 and Steph Houghton should also now be fully fit, after picking up a slight injury in the last Arsenal Ladies game Houghton played in all 3 England games at the Euros.

Liverpool have also been making waves in the transfer market this summer with a number of new and exciting signings. New Zealand international Sarah Gregorius joins us from the German league and we have signed Chelsea Ladies forward Kate Longhurst, alongside two England Under 19 internationals - Ellie Stewart and Katie Zelem. Leaving the club is striker Lillie Fenlon-Billson, Billson has joined Lincoln Ladies where hopefully she will see more first team action. There has also been rumours of other players moving on but as yet these are unconfirmed. 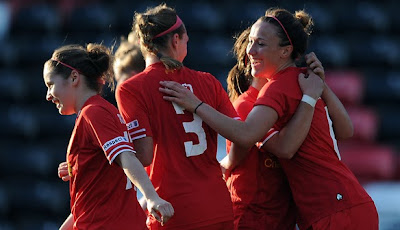 Liverpool have been in fantastic form so far this season, topping the league table on goal difference. We have won 5 out of 6 league games scoring 17 goals - 11 in our last 3 - conceding just 6. There were many highlights over the first half of our season, most notably the 4-0 win at the Emirates and the 4-1 derby win away at Everton. As the season has progressed we have gotten better and better, the fitness levels of our players pushing us ahead of the other clubs. We also proved strength in depth with the brilliant Lucy Bronze stepping in on a number of occasions at centre back and Jess Holbrook doing a fine job in place of Katrin Omarsdottir in the final two league games of the season. These performances, along with the new signings, must give manager Matt Beard a welcome selection headache.

As mentioned earlier Arsenal seen a number of games early in their season postponed; while Liverpool have played 6 times, Arsenal have 2 games in hand with 4 games played. If Liverpool can take 3 points from Arsenal on Saturday it could be a massive blow to Arsenal's title chances. At the moment the league is looking like a 3 horse race, with ourselves, Arsenal and Bristol Academy. Everton and Chelsea also sit in 3rd and 4th place respectively and, given a good run of results, could mount an attack on the top 2. There is currently an 8 point gap between Liverpool and Arsenal and a 6 point gap between us and Everton, who lie in 3rd with the same number of games played. Liverpool also have to play Bristol twice in two games that will be crucial to the second half of our season.

Liverpool v Arsenal kicks off 7:00pm this Saturday 3rd August. The club have announced this week that any supporter with tickets to Steven Gerrard's testimonial that same day at Anfield will be granted free entry to our game. Anfield season ticket holders also have free entry to this game along with all other Liverpool Ladies home games. Alternatively tickets are priced just £5 for adults and £2.50 for concessions which you can purchase there on the night. 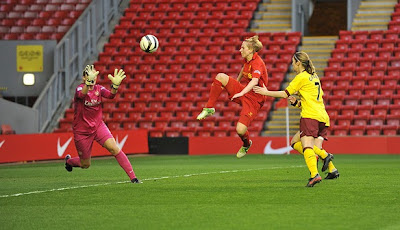 If you have missed any Ladies news over the break I have been doing a weekly reds round up and you can find the links to each of these below. These will now cease until the end of the season, at least for now - I'll see how it goes!

Here is also a link to the mid season review I posted, thanks to everyone who has read this so far it is by far the most read post on this blog!

During the break I have started providing Liverpool website This Is Anfield with monthly updates on the Ladies. You can find the first two articles below if you fancy a bit more extra reading!


Finally just want to say a massive thank you to everybody who reads these blogs, follows @LFCLadiesFans on twitter, This Is Anfield for giving me to opportunity to bring the Ladies news to a wider audience and Antoine over at Empire of the Kop for allowing me to promote the Arsenal game on his site.

Hope to see you at Halton during the second half of the season!

Reds Weekly Round Up! Week 6

Following a relatively quiet start to the week, on Wednesday came BT Sport's announcement of which games would be getting screened live on TV and after a couple of days of rumours, Liverpool confirmed the signings of 4 new players. 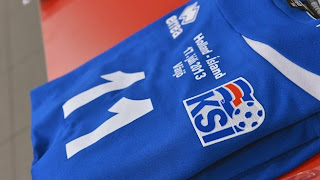 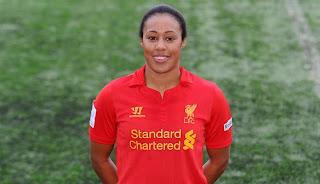 Thanks for reading this weeks weekly round up! In the next week I will have the Arsenal game preview up online and as there has been rumours of more new signings keep an eye on the Ladies official twitter!

@LFCLadiesFans
Posted by Hi I'm Heather at 07:18 No comments:

Reds Weekly Round Up! Week 5

This time last week England were about to play their first Euro 2013 game vs Spain. Even with my reservations about the squad I had high hopes for this tournament and am greatly disappointed to be writing this round up in the wake of England's elimination last night. Despite this, this week's weekly round up does contain a couple of positive pieces so do read on! 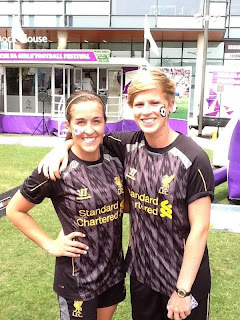 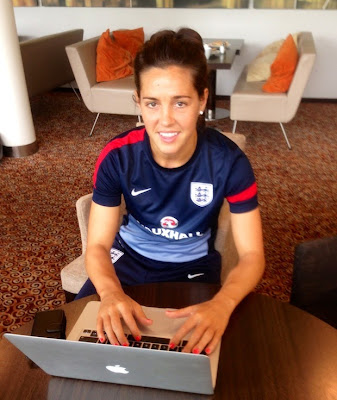 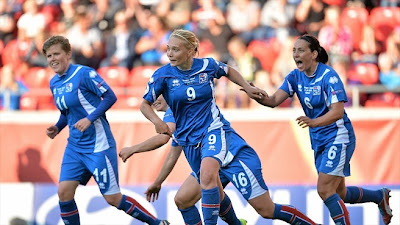 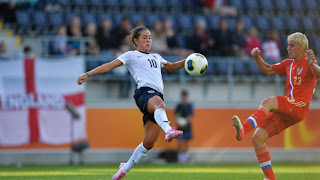 I could also verge slightly off topic and say how disappointing it was not to see Arsenal midfielder Jordan Nobbs at all during the tournament - along with others - but this is a Liverpool Ladies blog so we'll keep that to ourselves! Best of luck to Katrin & Iceland in their QF on Sunday.

Thanks for reading this weeks round up, to end on a more upbeat note it is now only a couple of weeks until our reds will be back in FAWSL action, 16 days to be precise - not that I'm counting down or anything!

@LFCLadiesFans
Posted by Hi I'm Heather at 08:33 No comments:

Reds Weekly Round Up! Week 4

The last week has been a busy one in the world of Women's Football, Team GB have played four fixtures in Universiade, Caroline Charlton and ACF Torino played their final league games of the season and we have the latest from Euro 2013. 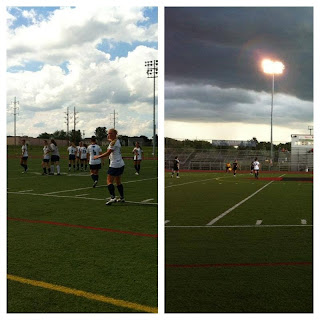 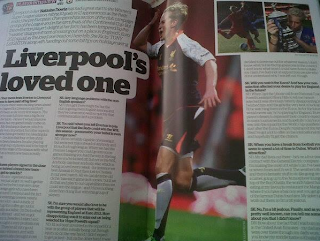 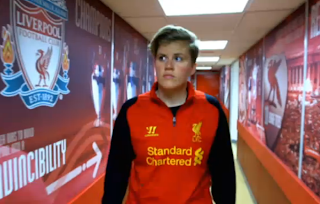 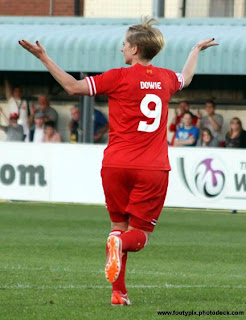 Reds Weekly Round Up! Week 3

This week seen my first Monthly Round Up go online for This Is Anfield, you can read that here. I will also be continuing these Weekly Round Up's on this blog as it gives me the opportunity to go slightly more in depth with news of our on-loan players and those in international action. 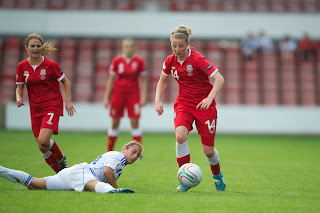 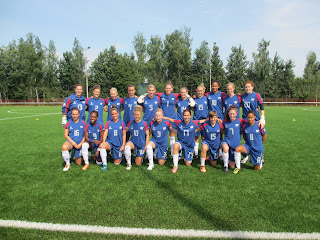 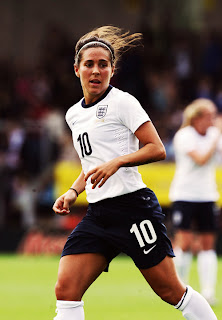 That concludes this weeks round up then, next week will of course see Euro 2013 get underway. Katrin Omarsdottir and Iceland play their first fixture against Norway on Thursday while England play Spain a week today. On Monday evening there will be a show on BBC1 previewing the tournament.