LIVERPOOL LADIES no.9 Natasha Dowie has left the club and signed for recently promoted Doncaster Belles. 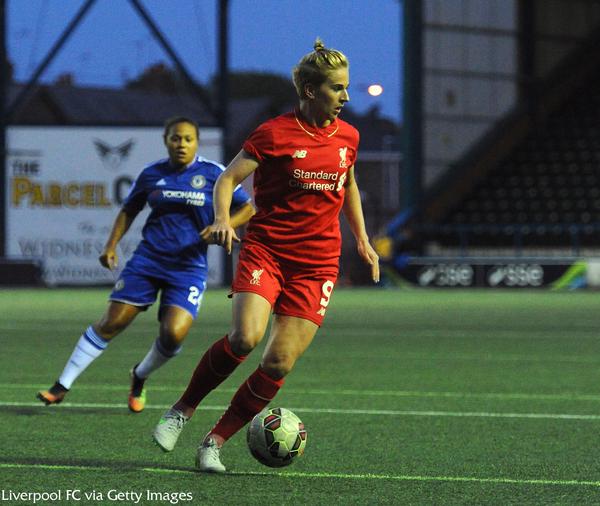 Dowie has been the only Liverpool player to have featured in every game over the last 3 years, making 68* appearances since her 2012 move from Everton Ladies

The striker made a habit of scoring against her former team, putting 7 past the Blues including a memorable hat-trick in a crucial 4-2 win as the Reds closed in on their first ever league title.

At the end of season awards at Anfield in November, Dowie was again recognised for her contributions to Liverpool. Again receiving the Official Supporters Player of the Season and also Goal of the Season for her lovely chip in the 2-2 draw with Sunderland in August.

Natasha joins up with former teammates Becky Easton and Katrin Omarsdottir at the Belles, I'd like to wish all 3 the best of luck with their new club!