Tonight Liverpool Ladies duo Amanda Da Costa and Natasha Dowie made an appearance on LFCTV's Thursday Night Live alongside Liverpool legend Alan Kennedy and former player Stephen Warnock. Although neither could beat the Top Bin Challenge, it was a great chance to see the players being interviewed for the first time in 2014 ahead of the new season. For the full interview see below, the show will also be repeated on LFCTV (Sky channel 429) a number of times over the next week so if you want to watch it keep an eye out! 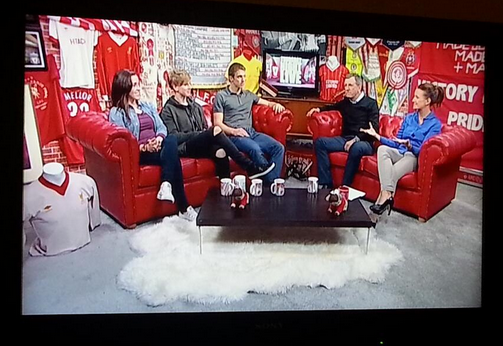 Being back for pre-season

Natasha Dowie: It's been great. We started back training on Monday, it's been nice to see all the new players and old faces as well. It's been tough - there's a lot of running involved in pre-season - but to have the opportunity to train during the day and full-time is unbelievable. It's a dream come true.

Amanda Da Costa: [There has been] a lot of fitness testing to see what we've been doing over the off-season to keep in shape and stay fit. Now it's just maintaining that fitness level and pushing the limits a little bit, everyone looks sharp and ready to go this season.

ND: The season finished in September so we've had a good 3 months off. I've been quite busy with England which is good because I don't really like having too much time off doing nothing, the gym gets a little boring after a while I like to be on the field kicking a ball around. We've got World Cup Qualifiers every month with England. The break hasn't been too long but the season starts now in April so we've got a long time still until we get the games under way, I think it's a case of keeping fresh and keeping injury free and ready for the season to start.

Q: Would you class Man City as your derby now, rather than Everton?

ND: No, I'd definitely still say Everton. I was at Everton for 4 years so when we had the derby last year it was a huge game for me personally. Obviously you want to beat your old team mates and we came away victorious in both game. Everton - for me - 100% would be the derby game for us.

AD: I didn't even know what [the derby] was before I came, so that was a learning experience for me! After being a part of Liverpool and understanding the rivalry between Everton and us. The first derby we had just about a year ago it was snowing and it was an intense game. I've had rivalries before at University in the States, that's probably the next thing I could compare it to and that's not much of a comparison!

ND: He's played brilliant for Liverpool since he's signed, him and Suarez have a brilliant partnership - similar to mine and Amanda's, she knows where I'm running and picks me out every time. Him and Suarez have probably been the best two centre forwards this season so far.

Q: Amanda, if you were Steven Gerrard would you have let Natasha take that penalty?

AD: Tash would have grabbed that ball and ran to the penalty spot so fast I wouldn't have had time to say anything otherwise! You have that goal scoring mentality and the emotion in a derby like that, he tried and unfortunatey he came up a little short.

ND: As a centre forward I would want to take that to complete my hat trick, I can't say how Sturridge was feeling at that time but the way he took it I don't know if he was just a bit too excited. It looked to me that he was just focusing on the hat trick.

Alan Kennedy: You're right I didn't think he took the penalty right, he usually places them but he rushed it over the top. 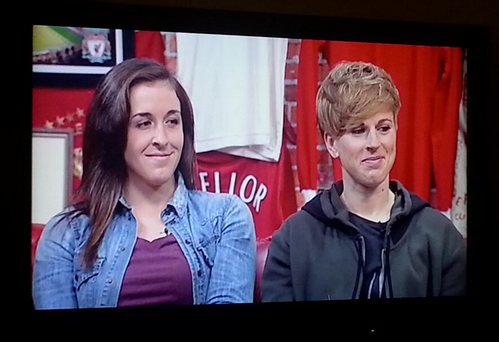 On returning from injury

ND: I had a bad injury just before I signed for Liverpool. I did my ankle ligaments, came back 6 weeks later and then tore my groin. That always happens when you come back from one injury you tend to get another. I attempted to play through it all season, taking painkillers and trying to get through it so I probably wasn't 50% - I think I scored 1 goal for Everton the whole season. So I really focused on doing my proper rehab before the season started for Liverpool and I was injury free all last year and had a really good year. It is tough and I think as a player you always just want to try and get through it no matter what. I think it is important that you do do the right rehab because in the end it will end up putting you back longer so it is frustrating.

Q: Amanda, how is life on Merseyside?

AD: I like it here, I've had a year already to adjust - this is my second season back with the team. All the girls are great, we all fit in together really well, Tash is a good friend on and off the pitch and I think that shows in our play as well. We have our spots that we like to go to around town that we frequent, it's a lot of fun. I'm enjoying exploring the city, it's somewhere new and definitely different from New York.

On winning the league

AD: That was a lot of fun to bring home. When I first signed to come here the club had a long way to go and they were making a lot of positive changes. I was really excited to be a part of it and I wouldn't have come all the way over here if not to win the league, myself and my team mates had our sights set on it and we did what we said we would do so that was pretty cool!

Q: Are the UK catching up to the USA in terms of Women's Football?

AD: I think so, the women's game has come really far globally. There's a lot of other leagues - Germany, Sweden, France - England is really catching up and I think that the league in the States has a long way to go. It's definitely made some progress, it's learnt from mistakes in the past with having to shut down and reopens itself several times. University is huge in the United States, it's very competitive. It was hard for me, I came out of college at and awkward time in the league - it was up, it was down and I didn't know what to do. I've always wanted to comes overseas so for me it was a perfect opportunity.

ND: It's a very demanding position, just from the way we played last season I think our manager Matt Beard looked at the Liverpool first team. Our full-backs are literally like wing-backs and the amount of energy they've got is unbelievable. It's not an easy position, it's very tough.

Libby Stout is a US Under 23 international, who has been included in two rosters in 2013, she played college football at Western Kentucky University before becoming a professional footballer in France playing for Yzere and facing the likes of Lyon and PSG in the league. Stout left Yzere in June 2013, signing for German side BV Cloppenburg.

Following last months announcement that both Sarah Quantrill and Rachel Laws have left the club, Libby is a welcome addition to Liverpool and joins keeper Danielle Gibbons. 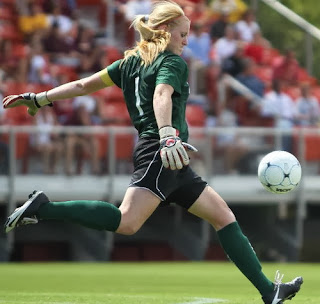 Here is a highlights reel from 2012 (lower the volume before playing!)

Thanks for reading @LFCLadiesFans
Posted by Hi I'm Heather at 23:08 No comments:

Yesterday Louise Fors announced on her official Facebook page that she will not be returning to Liverpool for the 2014 season and instead will be playing her football on loan in Sweden. 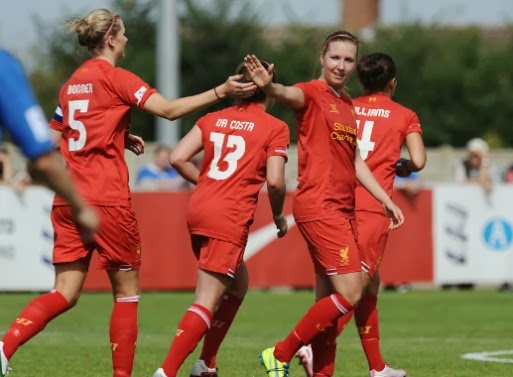 In 2013 Fors was a crucial part of Liverpool's title winning team, at the midway point she was our Player of the Season with eye catching and impressive performances on the left. Fors was also Liverpool's main set piece taker, scoring many memorable goals throughout the season; her first Liverpool goal a penalty in the Continental Cup derby against Everton, a thumping free kick away at Birmingham and of couse the title sealing penalty on the final day against Bristol Academy.

The full statement from Facebook is below, translated via Google:


"I started my business in October last year where the purpose was to share with me out of my skills and experience but most of all inspire young soccer girls to what is actually possible today as women's football player. Today I had time to visit the 1:10 speech team around Sweden and have received a very good response to my presentation on "my journey" but even when I've stayed in trainings, which is very fun and inspiring to continue. So now that I 've decided to be on loan from Liverpool FC to a Swedish club season in 2014 (due to personal reasons, my wedding in June), I will continue developing my academy and it is clear that my academy will be named " Lollo Football Academy". I have already received interest from many women's teams around Stockholm which is very fun. I am also currently planning a camp in the summer out in the southern suburbs, where my own travel started. So it looks to be an exciting year for me and my academy . Help me spread my academy. Like and reshare Thanks!"


Fors' decison to play in Sweden, while disappointing as a Liverpool supporter, is completely understandable on a personal level and I wish her the best of luck in the next stage of her career, YNWA! 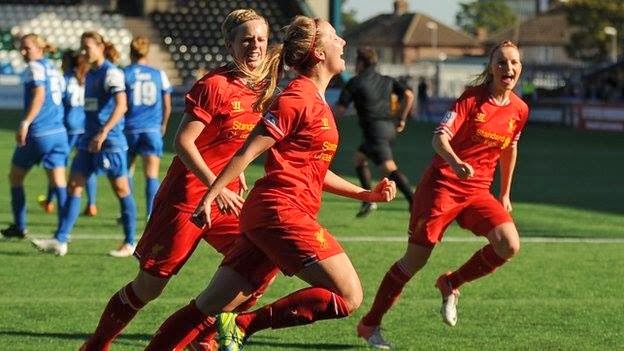 In other ex-Liverpool Ladies news, former reds striker Hannah Keryakoplis has joined Birmingham City while US defender Whitney Engen has been drafted in the NWSL to play for Houston Dash.