Today supporters of Liverpool Ladies were given the welcome news that German duo Corina Schroder and Nicole Rolser had extended their contracts.

Coco Schroder has been one of the ever-presents in Matt Beard's starting 11 for Liverpool, an attacking left back who adds quality to the reds presence going forwards. Schroder has also made a habit of performing especially well in Merseyside derbies - an endearing quality for any Liverpool player - scoring in the 4-1 victory in 2013 and brilliantly setting up Kate Longhurst's winner earlier this year. 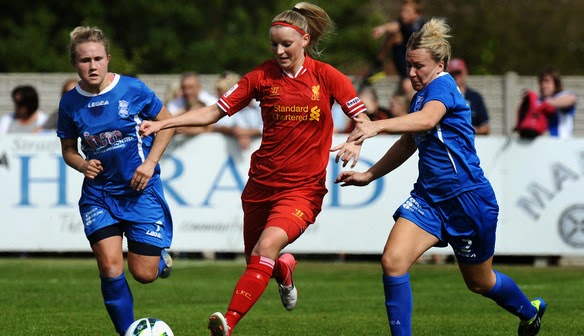 Nicole Rolser is one of the best attacking talents in the FAWSL, unluckily missing the majority of the 2014 season with an ACL injury but making her return during the run-in to net an important goal in her comeback game away at Arsenal Ladies. Rolser has been playing for Liverpool Ladies Development Squad during the off-season, looking sharper as the weeks go on and contributing to their impressive unbeaten start to their campaign with 10 wins. 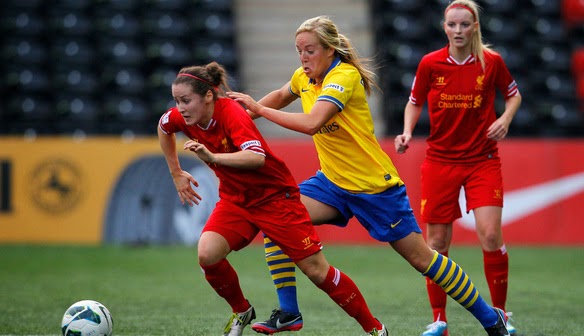 After the news of 3 departures it is fantastic for fans to hear of both Coco and Nicole extending their contracts, congratulations to both and good luck for the 2015 season!
Posted by Hi I'm Heather at 13:06 No comments:

After just 1 season in the red of Liverpool, Gemma Davison became the third player to leave the club this winter. 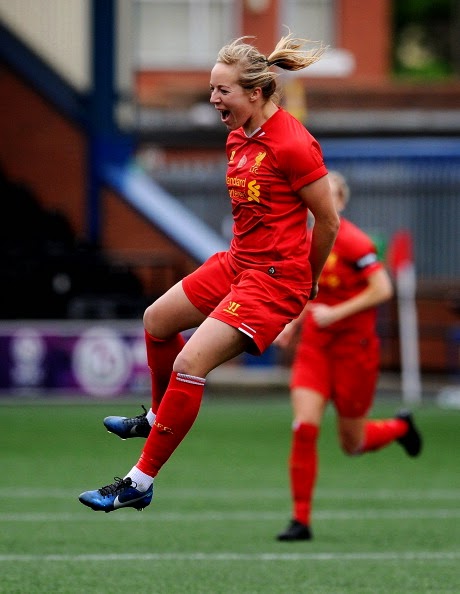 Davison signed from Arsenal Ladies in December 2013, following a season with the Gunners which placed her in the PFA Team of the Year.

Gemma is a talented attacking player, her pace causing defences around the league all kinds of problems and she ended the season with the joint most assists in the division with 5 to her name.

Alongside her 5 assists, Davison scored 6 goals in all competitions for the reds - including a stunning strike in the 6-0 Continental Cup win over Sunderland Ladies, an important goal over new club Chelsea Ladies and Liverpool's first ever goal in the Champions League in the 2-1 first leg victory over Linkopings FC.

I'd like to wish Gemma the best of luck with her new club!

Today it has been announced that defender Lucy Bronze has left Liverpool Ladies and will join Manchester City Women ahead of next season. 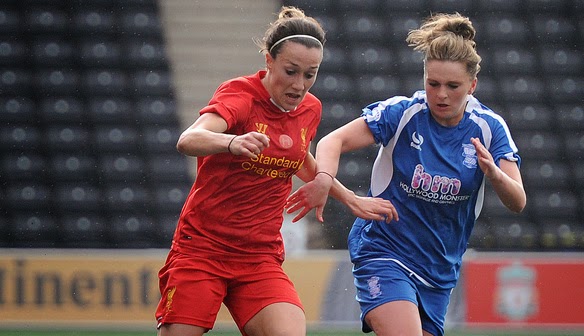 During her time at Liverpool Lucy Bronze has become a crucial first-team player for both club and country, making 40 appearances in a red shirt and scoring 3 goals.

Earlier this year Lucy also picked up the prestigious PFA Players' Player of the Year at the annual ceremony in London, voted by her fellow professionals around the rest of league.

The entire Bronze family will be sorely missed at Liverpool, I would like to wish Lucy the best of luck with her new club. 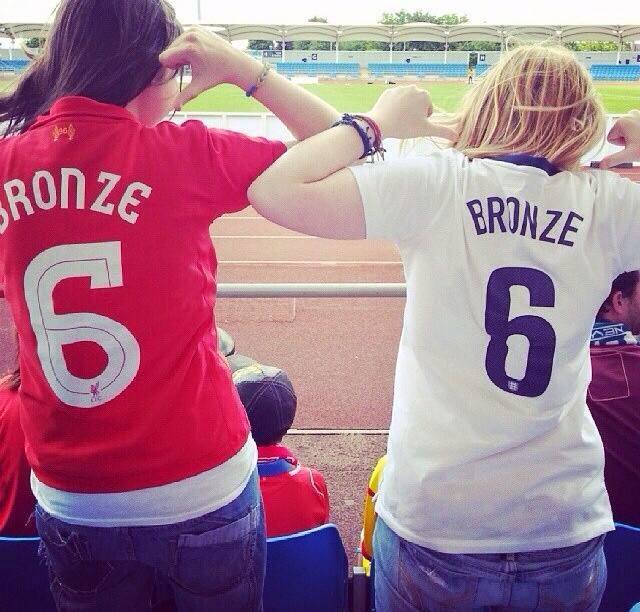