Yesterday's FA Women's Super League tie seen Lincoln Ladies travel to Liverpool's Halton Stadium. Both sides were forced to make changes to their back lines, Lincoln's Casey Stoney out with injured and Whitney Engen away for us on international duty. Lucy Bronze moved into the centre of defence with Becky Easton returning to the starting line up at right back. 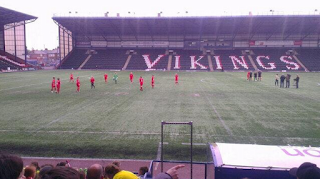 It was a nervy start from the reds which was further impounded when captain Gemma Bonner went down with a head injury and had to leave the pitch for stitches. With Liverpool down to 10 players Lincoln were gifted a chance when Carla Cantrell seized on a back pass to make it 0-1. Once Bonner returned to the field Liverpool grew in confidence, Fara Williams and Katrin controlled the midfield and we really began to dominate possession. Ten minutes after the Lincoln goal Natasha Dowie fired in her 8th goal of the season so far and should have won a penalty towards the end of the first 45. Louise Fors also had another brilliant game down the left and her free kick just before half time ricocheted  off the cross bar.

Liverpool began the 2nd half the way they finished the first - dominating the possession and our midfield controlling the game. Nicole Rolser attracted a lot of fouls from Lincoln, who were probably frustrated by her skills down the right wing. Liverpool took the lead when a Fara Williams shot/ cross deflected into the goal off the defender and shortly afterwards Louise Fors scored a well deserved goal to give us a 2 goal cushion. Lincoln then pulled a goal back, Squantrill had no chance against Precious Hamilton's strike from outside the box. Hamilton's goal gave Lincoln an injection of confidence in the latter stages of the game but Liverpool hung on and substitute Lillie Billson was unlucky not to extend our lead with a great chance. In injury time Lincoln won a corner which even their goalkeeper Karen Bardsley came up for but Liverpool cleared with ease.

Some points from the game:

This result seen us go joint top of the league with Bristol Academy, however they were beaten 3-2 by Arsenal tonight meaning we go top on goal difference! Our next game is on Tuesday 4th  June and it is derby day away at Everton! Everton play their home games at Marine FC's ground in Crosby. It's a great little stadium, you can get tickets on the gate Adult £5, Child £2.50 and Adult/ Child ticket £6.

Should have the Everton match preview up in the next couple of days, thanks for reading. 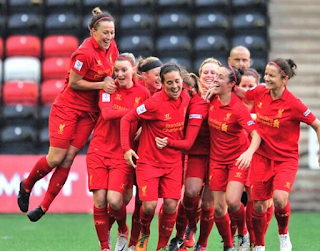 This Wednesday Lincoln Ladies make the trip to Halton Stadium in search of their first league win this season. This game sees the start of a busy couple of weeks for Liverpool, for more information please see my previous blog here.


Liverpool go into this game sitting 3rd in the league but with a game in hand over second placed Chelsea. We have played three away games since our last game at Halton, the first of which being an emphatic 4-0 win over reigning champions Arsenal at the Emirates Stadium. This ended Arsenal's unbeaten league run which dated back to July 2011. People pointed to the fact Arsenal had a few players out injured but there was only two changes to the starting line up that beat us a couple of weeks earlier at Anfield. From the match reports and the two minute highlights video we get, Liverpool were clearly the more clinical team on the night coupled with top class defending unlike the Gunners. Whitney Engen's goal line clearance could be watched over and over again and you would still be in awe every time! Amanda Da Costa scored the first two goals of her Liverpool career, Natasha Dowie and Louise Fors grabbed the other two. 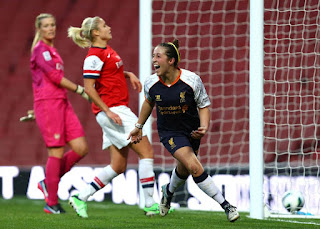 After the Arsenal victory it was back to London again looking for a third straight league win, a win over Chelsea would have kept us at the top of the table. Liverpool started brightly taking and early lead through Whitney Engen (or Egan if you're the commentator on the  FAWSL highlights video) and Nicole Rolser's goal bound strike was only just tipped over by the Chelsea keeper. Jakobsson equalised for Chelsea shortly before half time. Liverpool sustained their first half pressure after coming out for the second half, however despite a clear foul on Whitney Engen in the build up Chelsea took the lead with an Eni Aluko goal. Great goalkeeping from Linn prevented Liverpool from getting a goal back the game finished 2-1 Chelsea.

The third of our games seen us at Chelsea for a second weekend running, this time in the Continental Cup with Liverpool needing just a point to reach the semi finals. From the whistle Liverpool were never just looking for a point and quickly wreaked revenge on Chelsea. Nicole Rolser finally scored her first Liverpool goal, an in form Natasha Dowie scored twice bringing her season tally up to an impressive 7 goals in 9 games and Fara Williams rounded off the scoring with a brilliant free kick. The 4-0 victory seen us qualify for the semis in style at the top of our group and set up a semi final at Halton Stadium against Lincoln Ladies to be played 7th/8th August. 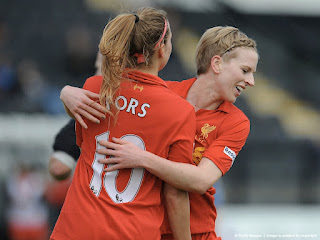 Onto the opposition then; Lincoln have had a mixed start to their season. They have done brilliantly in both cup competitions, only getting knocked out of The FA Cup in the semis against Bristol and setting up a Continental Cup semi against us despite their tough group of Arsenal, Bristol and Birmingham. They have yet to win a game in the league however and will no doubt be in search of 3 points in this game. Of their last 5 games they have lost just once and if not for a wonder goal from Steph Houghton, Lincoln could have claimed Arsenals second league defeat of the season.

Lincoln have quite a young side but also boast the experience of England captain Casey Stoney and England No 1 Karen Bardsley amongst their ranks. Jess Clarke will be a constant attacking threat on the wing, providing the service for front woman Carla Cantrell. Our previous game against Lincoln at Sincil Bank was won by a Natasha Dowie goal and finished 1-0, this game should be a similarly close encounter.

To verge off topic from  Liverpool now, yesterday I attended The FA Cup Final to see Bristol attempt to overcome Arsenal. It was a fantastic day out in Doncaster. I always love meeting fellow supporters and during the game I sat with 4 Arsenal supporters whilst silently hoping for a Bristol win! The game itself was good, I was disappointed with Bristol's Laura del Rio starting on the bench but apparently she was carrying an injury and she did come on with about 15 minutes to go. 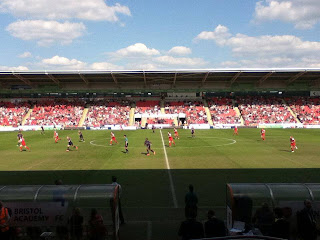 Arsenal opened the scoring within 2 minutes to immediately put Bristol on the back foot. Bristol's defence was poor and it was only thanks to an excellent performance from Bristol goalkeeper Siobhan  Chamberlain that the scoreline was kept to less than what it could have been. Arsenal midfielder Jordan Nobbs gave a great performance and deservedly won player of the match. Bristol's travelling support also deserves a mention for continuing to sing despite their team being 3-0 down. The only dampeners on the day were Lucy Staniforth's injury and the treatment of the Doncaster Belles supporters. More on that can be found here.

Highlights of my day included hearing the Bristol supporters singing "4-0 at The Emirates" to the Arsenal team as they got off their bus, Alex Scott spying my Liverpool shirt and saying "oh no don't remind me about that" and finally two 5 year old Arsenal supporters asking me what drug testing was thanks to Grace McCatty! 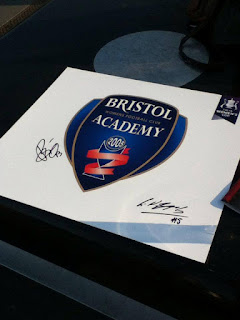 While I thoroughly enjoyed the final I would obviously have preferred to have seen Liverpool there but there is always next year and we still have the Continental Cup to play for!


Hope to see a few of you at the game on Wednesday, KO is 7:30pm and as always tickets available at the gate for a fiver!
Posted by Hi I'm Heather at 22:51 No comments:

Important dates over the next couple of weeks

On 9th June the FAWSL will break for just under 2 months for the Women's European Championship Finals. Here are a few dates to mark in your diaries between now and then; 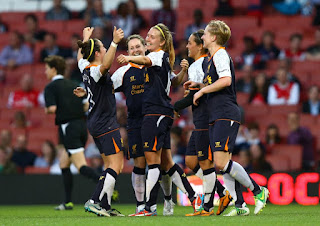 Wednesday 29th May : Liverpool host Lincoln in the FAWSL, 7:30pm KO and tickets will be available on the gate £5.

Sunday 2nd June : USA travel to Canada for a 'rematch' of that Olympics semi final, with LFC defender Whitney Engen part of the squad and looking extremely unlikely to be back for our game against Everton. *edit 27/05/13 Whitney is already in  Canada ahead of this game and will miss the game against Lincoln Ladies also.

Tuesday 4th June : Derby day! Liverpool make the trip to Crosby to play Everton Ladies, Everton play their home games at Marine FC's ground and tickets will be £5 on the gate on the night. 7:30pm KO.

Saturday 8th June : Our final game before the season breaks for the Euros is at home to Birmingham. This will kick off at 7:15pm and once again tickets are priced at £5.

Sunday 9th June : Final FAWSL games to be played today then the season will break until 7th/8th August when Lincoln Ladies will make another trip to Merseyside for our Continental Cup semi final.


If anyone knows of any others please let me know!
Posted by Hi I'm Heather at 16:35 No comments:

Last night Liverpool Ladies fought to a hard earned victory over Doncaster Belles in the Continental  Cup. There was a decent crowd at Halton Stadium - 471 being the official gate number - to see the ladies in red secure 3 points. 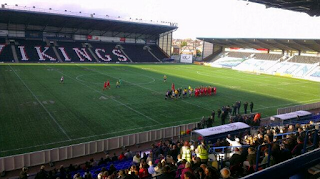 In the first half Liverpool dominated possession however failed to capitalise on this. Louise Fors had a great game on the left wing creating chances and was unlucky not to bag a goal herself. Also unlucky was Amanda DaCosta, her thundering strike from outside the box was narrowly tipped over by the keeper. Doncaster's defence held up well from the onslaught of Liverpool's pressure and Nicole Rolser's tricky feet!
Liverpool started the second half brightly and almost immediately went 1-0 up, Natasha Dowie scoring her fourth goal of the season and her 3rd goal in as many games. Doncaster enjoyed more of the possession in the second half and had a couple of offside decisions wrongly called. Despite Doncaster looking more likely to score in the second half, Whitney Engen and Gemma Bonner were solid at the back and there was no way through for the Belles.
It was a great game at Halton with plenty of chances created, the scoreline could easily have been 3-0, 3-1. It was also brilliant to meet Girls on the Ball and to hear the fantastic support from the Doncaster supporters even if I did leave with bells ringing in my ears!
The win propelled Liverpool to the top of our Continental Cup group however Everton beat Chelsea 2-1 today sending us back down to second place, albeit on the same points/ same goal difference. Our final group game is away at Chelsea in a couple of weeks time. A draw in this game would be enough to take us into the next round.

Liverpool go on the road now, the next 4 games we are scheduled to play being away from home. The first of these will be played at the Emirates Stadium against Arsenal in the league. The next home game we have is against Lincoln Ladies on Wednesday 29th May, 7:30 KO 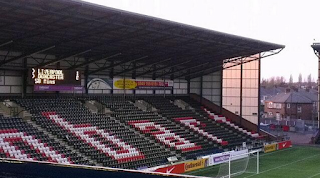