Christie, like Niamh and the other two arrivals, brings with her bags of experience. A Scotland international who featured at last summer's European Championship and a proven goalscorer in both the English and Scotland leagues.

Before leaving Doncaster in December, Christie had scored eight goals in ten games and picked up the league's Player of the Month award for December. 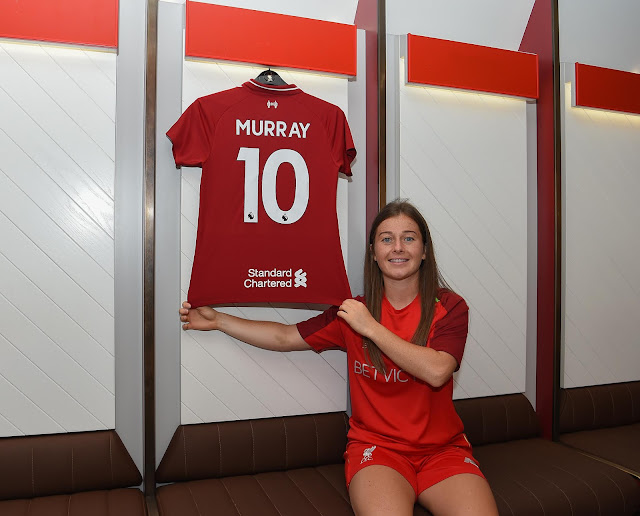 Speaking to one of Doncaster's loyal supporters Laura Thornton about Christie (the Belles "pocket rocket") has confirmed the midfielder is yet another exceptional addition to this Liverpool squad.

Laura tells me Christie is "an excellent striker of the ball" who "can also drop deep and add creativity to play."

Off the pitch Christie is "very friendly, easy to talk to" and without a doubt "become a fans favourite."

Laura's memorable moment involving Christie came during last summer's Euros when, after Scotland had been beaten by England, she made the time to go and see the Belles supporters who had travelled.

Christie's friendliness is something I can personally endorse having met her last week at Anfield, she took the time to ask everyone's name and made it her aim to learn them all throughout the day.

Another super signing for the Reds, and another international super Scot to get behind.

Welcome to Liverpool, Christie!
Posted by Hi I'm Heather at 20:58