Neil Redfearn’s Liverpool squad is beginning to take shape after the announcement today that the club have a new number one in German goalkeeper Anke Preuss.

Anke arrives after spending 18 months in the North East with Sunderland, with previous experience across Europe at FCR 2001 Duisburg, TSG 1899 Hoffenheim, Frankfurt and Verona Calcio.

The two-times Champions League winner (with two different clubs!) is still just 25-years-old and joins the Reds in her prime after impressing at the Black Cats. 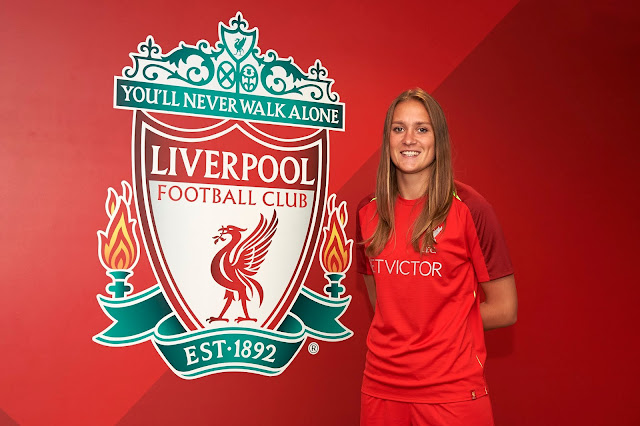 Neil said of his number one, “I am delighted that we have managed to complete the signing of Anke. She is a top class goalkeeper who has proven her qualities in the FAWSL with Sunderland Ladies over the past two seasons.”

The Reds boss also gave a hint of what Liverpool’s playing style will be from August as he said “Anke is a top class shot stopper as well as being very good with her distribution, so she will suit our style of play perfectly as we look to play out from the back.”

Having been told before that this was an excellent capture for the Reds, I spoke to the biggest Sunderland supporter I could find, Katie Hume, to find out all about our new ‘keeper.

Sunderland were lucky enough to have two superb goalies in the league last season, Anke starting the campaign yet finding game time limited after returning from injury due to the form of – a player Liverpool fans are more than aware of – Rachael Laws.

Katie tells me that Anke is “without a doubt one of the best shot stoppers in the league”, “a hard-working goalkeeper” and “a lovely person”.

“Anke’s performance in the Spring Series was outstanding and a very big reason why we finished fifth” - the Black Cats exceeded expectations during the short season with a young squad.

Katie also cites her experience in playing in – and winning – the Champions League and picks the highlight of her time at Sunderland as when the Reds new ‘keeper kept a clean sheet against Arsenal – a side Sunderland have notoriously struggled against in recent years.

What strikes me most about the signings Liverpool have completed so far, is the number of supporters falling over themselves to tell me what genuinely nice people the players are. Having also met several of them myself I am happy to confirm that Reds supporters are in for a treat in getting to know these footballers on and off the pitch.
Posted by Hi I'm Heather at 19:27